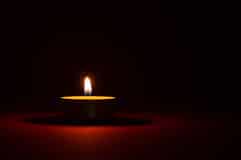 “I looked up to Brother Hiatt, he was what I strived to be like once I became a union officer,” said current GO 377 General Chairperson Bill Miller. “Brother Hiatt bled union and the SMART-TD.”

“One of his big accomplishments was being able to get an hourly agreement approved on the GTW, which gave a better quality of life for the conductors with scheduled off days, five-day work week and great wages,” Miller said. “Brother Hiatt was a mentor to many officers on the GTW, especially me.”

Brother Hiatt was an Army veteran, serving in South Korea along the demilitarized zone in 1968 and ’69, and was a VFW and American Legion member.

SMART Transportation Division offers its sincere condolences to Brother Hiatt’s family, friends and to his Local 72 brothers and sisters.

His full obituary may be read here.