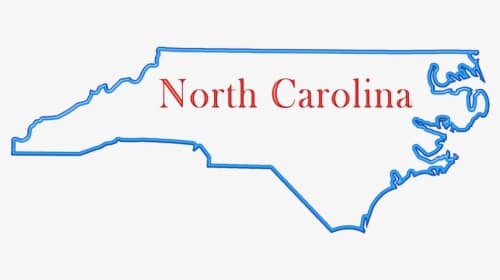 Legislators in both the North Carolina state House and Senate have introduced bills to keep freight rail operations on the state’s more than 3,300 miles of track running safely and efficiently. A bus safety bill is also in the works in the state.

H.B. 408 and S. 348 require a crew of at least two qualified people in the operating locomotive of trains transporting cargo and hazardous materials in the state for public safety. H.B. 408 has four bipartisan primary sponsors including Rep. Wayne Sasser (R – Dist. 67), Rep. Carolyn Logan (D – Dist. 101), Rep. Charles Graham (D – Dist. 47) and Rep. Verla Insko (D – Dist. 56), and 30 co-sponsors. The Senate version of the bill got a late start due to the Ninth Circuit court ruling and so S. 348 only has two Democratic primary sponsors including Sen. Sarah Crawford (D – Dist. 18) and Sen. Julie Mayfield (D – Dist. 49), and three co-sponsors. Both bills have had their first reading and have been referred to the Transportation Committee and Rules Committee, respectively.

“It is vitally important to maintain the presence of two crew members in the locomotive,” said Ron Ingerick, North Carolina state legislative director of the SMART Transportation Division. “Despite any advances in technology, there is a safety factor called ‘the Rule of 2’ in having the engineer and the conductor in the cab, just like how airplanes have pilots and co-pilots. With the size and complexity of the modern freight train, each crew member has responsibilities, and simultaneously performs duties in providing safe and efficient operation. These crew members are the first responders to a grade crossing collision, derailment or other emergency situation.

“The public safety of our communities is non-negotiable, and H.B. 408 and S. 348 will help prevent potential accidents or derailments. The citizens of North Carolina deserve to feel safer with two crew members in the cab in the trains that roll through their communities, day and night.”

Another bill filed in the House looks to curtail railroads’ use of giant trains that block crossings. H.B. 438, filed March 29, has three Republican representatives as primary sponsors: Rep. Howard Penny (R – Dist. 53), Rep. Jerry Carter (R – Dist. 65) and Rep. Mike Clampitt (R – Dist. 119). The bi-partisan bill currently has 21 co-sponsors — two of which are the Chairman and Vice Chairman of the Transportation Committee — and is still accepting more. H.B. 438 intends to place a limitation on train length, which has been growing from an average length of a mile and a half five years ago to now sometimes exceeding four miles. The main culprit is an operating strategy initiated in 2017 by the nation’s biggest railroads called Precision Scheduled Railroading (PSR).

“Since the evolution of PSR, trains in this state have increased in length and weight, with haphazard train builds, fewer safety-critical inspections, and maintenance being deferred —increasing the risk of derailments,” said Ingerick, who is an active railroader, as well as our N.C. state legislative director who brings awareness to legislators in Raleigh. “A train that is longer is harder to operate. Also, concerns have risen from local communities and emergency responders as these longer trains have increased instances of blocked crossings.”

Blocked rail crossings cause an inconvenience for motorists, who must find alternate routes, especially in rural areas. They also pose a safety risk to pedestrians who may attempt to go under or climb over rail cars to continue their travels. A blocked crossing can play a part in delaying or detouring emergency responses when seconds or minutes count, sending responders out of their way when their aid is needed.

“Railroads are looking at returns and how their stocks are doing on Wall Street,” Ingerick said. “PSR puts safety last and profit first and makes a dangerous business even riskier.”

Lastly, Ingerick reports that the Bus Safety Risk Reduction Act has been released from bill drafting and will be filed in the coming week. The bill will include risk analysis, barriers, de-escalation training and data collection.

“Overall, I feel that we’re in a good position right now concerning these bills, but we need continued involvement from the membership in order to get these bills passed,” Ingerick said.