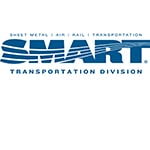 Members are also reminded that any existing local vacancies should be addressed during these elections.

As per the constitution’s Article 21B, Section 57, nomination meetings must be held in October, with election tabulations conducted in November. Winning candidates generally will assume their offices on Jan. 1, 2020. Those filling a vacancy, however, take office immediately.

SMART Constitution Article 21B, Section 58, contemplates an installation ceremony for officers named in Article 21B, Section 56. Elected officers who must present themselves at a regular or special meeting for installation within 60 days following their election include president, vice president, secretary, treasurer (or secretary-treasurer), and trustees. Section 58 does not apply to LCA officers, delegates, alternate delegates, legislative representatives or alternate legislative representatives.

The local secretary must post a notice at least 10 days in advance of the October nomination meeting indicating when and where nominations for affected positions will take place. The notice should include which positions are open for nominations, and should indicate how nominations can be made, especially by those who cannot attend the nomination meeting. Notices should be placed in as many locations as needed to ensure it can reasonably be concluded that all members had an opportunity to see the notices.

All locals have been mailed instructional packets that include samples of the nomination notices which must be conspicuously posted where it can be reasonably calculated to inform all affected members. While nomination notices are not required by law to be mailed directly to all affected members, in light of recent court rulings, it is highly recommended that the postcards available for this purpose be obtained from the TD Supply Department and mailed to all members.

If only one member is nominated for a position, that member can be declared elected by acclamation.

Members in E-49 status are eligible to run for office, but they cannot make nominations and they cannot vote. If elected, acceptance of pay from the company or the union creates a dues obligation.

Those conducting floor votes can obtain postcards notifying members of the time, date and place of the election from our Supply Department. These notices must be mailed at least 15 days in advance of the date of tabulation.

To be eligible to vote, all dues and assessments must be paid within the time frame specified by the constitution. Article 21B, Section 49, indicates dues are to be paid in advance, before the first day of the month in which they are due. Eligibility to make nominations or to be nominated is similar. This means, for example, for a nomination meeting in October, the nominator and the nominee must have paid all dues obligations prior to October 1. To vote in November, the voter must have paid all dues obligations prior to November 1.

There are many provisions not covered by this article, including those which address candidates’ rights and permitted means of campaigning. Those with election questions are urged to call the TD office at 216-228-9400.